By LGadminPublished On: October 8th, 2020Categories: Press Release
The Legacy Guild, which provides college scholarship and mentoring to local students who have lost a parent, announces the addition of two new board members.
The organization is proud to welcome Liam Bresnahan (La Grange) and Ian Nelson (Western Springs) as new members to the Legacy Guild board. In turn, the board wants to thank outgoing board members Sean Whalen (Western Springs) and Mike Boyd (La Grange).
Bill Carney, Legacy Guild President said, “Our organization has been so honored to have had many incredible hard working men serve as board members over the years. Their assistance, guidance and support in many areas have allowed us to continue to move forward and serve our scholars and their families.” 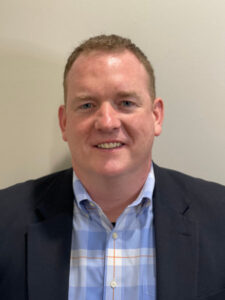 Liam Bresnahan is a La Grange resident along with his wife Maureen and three young children Audrey, Nora, and Liam II. He is currently a broker at @properties.

“I met some of the guys from the Guild and was intrigued by the fellowship and stayed because of the commitment to the mission of helping local kids who have lost a parent. It seemed to be the sense of real community that I’ve wanted to be a part of as an adult. Grateful for the opportunity to provide support and guidance to scholars along with so many genuinely good men and women in the community that support the Legacy Guild.”

Ian Nelson, a resident of Western Springs with his wife Stacy, is joining the board and will serve as our treasurer. Ian has a degree in accounting and is a partner at PWC. We are thrilled to have Ian and his expertise on our board.

“I became aware of the Legacy Guild through Tom Scaletta (founding board member), during a family barbeque years ago. Tom’s sister is married to my brother. Having two daughters, and knowing close friends that had lost a spouse thus leaving kids behind with a single parent, I was moved by the mission and I wanted to get involved. The catalyst to do something was when Jim Stork (board member) asked me to participate in a finance committee meeting, and subsequently succeed Bob Cordes as the treasurer. I am humbled by the mission, impressed by the volunteers and donors, and glad to be part of a community organization that is founded on caring for one another and making a difference.”
Page load link
Go to Top