The Legacy Guild announces changes to Executive Board

(Western Springs, IL) – The Legacy Guild, which provides college scholarship and mentoring to local students who have lost a parent, announces changes to their Executive Board. The organization is proud to welcome Tim O’Brien (La Grange) and Matt Fisher (Chicago (formerly of La Grange)) as new members to the Legacy Guild Executive Board. In addition, Ryan Williamson (La Grange) will succeed Billy Carney (La Grange) as President and Russ Riberto (La Grange) will replace Brian Davis as Vice President. Billy Carney remains on the board and will serve as Immediate Past-President. 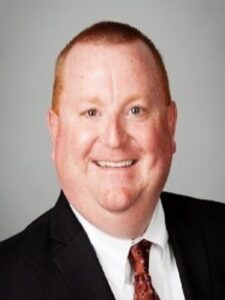 “I became involved with the Legacy Guild by attending some of the events and meeting some of the people involved. I was amazed at their commitment to such a great cause. The mission really hit home in the last year when friends have lost a spouse and left their kids with a single parent. I am appreciative of the opportunity to help others during this time of need. I have always been in awe of how the local community comes together to support those in need.” – Tim O’Brien 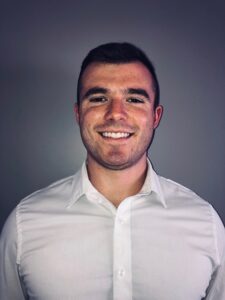 “As a former Legacy Guild Scholar I felt that it was my duty to come back and help the Guild as much possible. After I graduated from college, I continued involvement by attending the Scholar Luncheons, Mentor Nights, and other events to provide my insight as a former Scholar and give back to the Guild. I was truly honored when the Legacy Guild asked me to join the Executive Board as President of the Alumni Board. The newly formed Alumni Board consists of four other former Scholars (Taylor Karey, Liam Purcell, Nathan Henderson, and Kam Fezekas). We are all excited to carry on the legacy of our parents who passed and support current and previous Scholars.” – Matt Fisher

The board wants to also thank outgoing board members Brian Davis and Bob Bock as two of the founding members of the organization.  They both commented on how grateful they were for the relationships they established over the last 10 years.  Bob also said, “My hope for the Legacy Guild is that it will continue to build as a sustainable charity with resources/programs to help scholars and their families through the many pains they face when experiencing the loss of a parent.” Brian shared, “As I reflect, I am humbled by the many wonderful Scholars and surviving spouses I’ve met thru the years. The Scholar families tell us often how grateful they are for the amazing support of this community.”

Below are the current Legacy Guild Executive Board members: